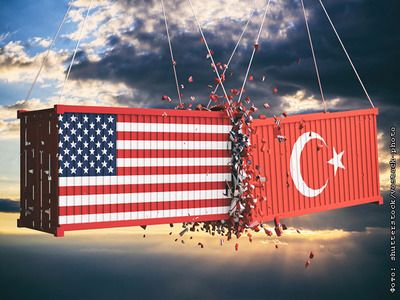 China Will Exempt from Import Duties about 700 US Imports

WorldState financeWholesale of non-motor vehiclesInternational activities
OREANDA-NEWS. The Committee on Customs Tariffs under the State Council of the PRC on March 2 this year will begin to accept applications from Chinese companies for exemption from import duties on 696 commodity items from the United States. As stated in a statement released on Tuesday, such permits will be valid for one year.

"Imports, after approval of the application by the applying entity for one year and within the specified amount, won't be subject to the mirror tariffs of our country, introduced in response to the additional fees accepted in the United States on the basis of Article 301", the document says.

On February 14, the first phase of the agreement between the United States and China on the settlement of trade disputes entered into force, in which the parties reduce duties on each other's products. As U.S. President Donald Trump said earlier, Washington will not abolish duties on Chinese imports until the parties reach the second stage of the deal.

The signing ceremony for the first phase of the US-China trade deal took place on January 15 in Washington. Trump and Vice Premier of the State Council of the PRC Liu He put their signatures on the document. China, in particular, agreed to increase purchases of US products by $ 76.7 billion during the first year and $ 123.3 billion during the second year of the agreement. This is not only about agricultural products, but also about other American products.
Source: OREANDA-NEWS
Материалы по теме: