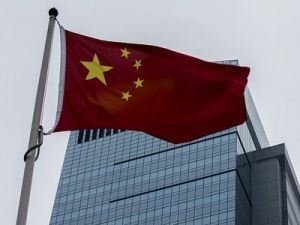 OREANDA-NEWS. The All-China Assembly of People's Representatives (NPC, Parliament) calls on the US Congress to drop political prejudice, stop groundless criticism of the PRC and not obstruct relations between the two countries. This is stated in a statement issued on Wednesday by the Foreign Affairs Committee of China’s highest legislative body.

"We strongly oppose the interference of any external forces in the internal affairs of China under the pretext of human rights. We urge the US Congress to drop political bias, abandon the erroneous policy of exerting pressure on the PRC, stop groundless criticism of China, and also cease to obstruct the development of Sino -American relations and bilateral cooperation in the fight against terrorism", stated in the document.

According to the statement, the bill passed by both houses of Congress "perverts the human rights situation in Chinese Xinjiang, denigrates measures taken by China to de-radicalize and fight terrorism, groundlessly criticizes China’s policy towards Xinjiang and grossly interferes in China’s internal affairs".