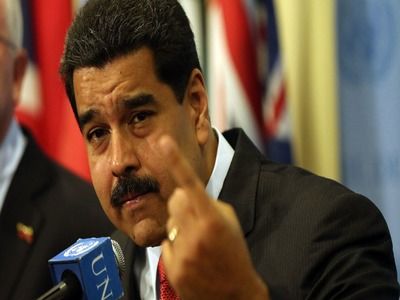 WorldInterstate relationsMilitary securityState management
OREANDA-NEWS. José Salazar, director of political affairs at the Colombian Foreign Ministry, accused the administration of Venezuelan President Nicolas Maduro of supporting the left-wing radical rebel group Army of National Liberation (ANL), which Bogotá is fighting. He announced this on Sunday during a speech at a summit in the Colombian capital.

"There is an illegitimate regime in our region that threatens peace and security by providing asylum and providing support to terrorist groups such as ANOs. The illegal regime of President Nicolas Maduro protects the presence and activities of ANOs in Venezuelan territory", the diplomat said, quoted by the press as Foreign Ministry service on Twitter. Salazar added that Bogota has already condemned official Caracas’s ties with rebel groups in the UN and the Organization of American States (OAS).

The ANL, with some 1,500 members, remained the only rebel group in Colombia after the government entered into a peace agreement with the Revolutionary Armed Forces of Colombia in November 2016.
Source: OREANDA-NEWS
Поделиться в соцсетях:
Подписаться на наши группы: Instagram | VK | Facebook | Twitter
Rate this article: