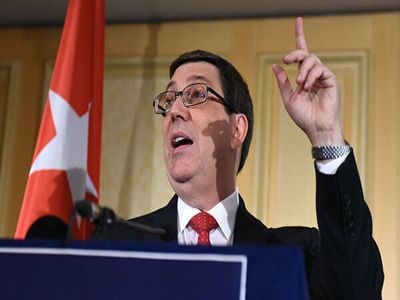 "We express support and trust in the former president of Ecuador, Rafael Correa, and reject politically motivated legal proceedings against leaders of the left movement in our America", the diplomat wrote.

On Tuesday, a court convicted Correa, who led the South American country from 2007 to 2017, in a high-profile corruption case. The politician was recognized as the author and leader of the criminal scheme with the participation of employees of the state apparatus, in which he received over $ 7.5 million from entrepreneurs to finance election campaigns in exchange for state contracts.

In addition to setting a prison term, the court also prohibited him from holding elected office for 25 years.Correa is the leader of the opposition party, Political Movement for Civil Revolution. Earlier, he did not rule out the possibility that he would run for parliament or vice president of Ecuador in the next election.
Source: OREANDA-NEWS
Материалы по теме: