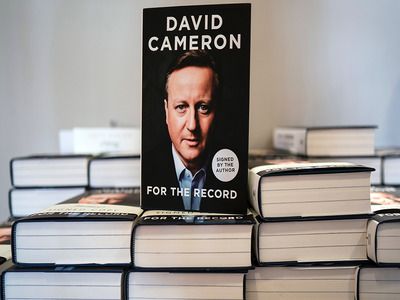 WorldInterstate relationsMilitary securityInternational activities
OREANDA-NEWS. Former UK Prime Minister David Cameron spoke in his memoirs of attempts to harmonize the transit of power in Syria. By the spring of 2013, it became clear that the regime of Bashar al-Assad was gaining the upper hand over the opposition, and the Syrian Alawites were not going to give up their support for the president, he recalls. Therefore, Cameron decided to intensify negotiations with American politicians and Russian President Vladimir Putin about seeking a peaceful solution. Cameron's memoirs went on sale in Britain on September 19.

According to Cameron's recollection, both he and Putin admitted that UN efforts to resolve the crisis are stalled. Therefore, Cameron proposed to the Russian leader the format of the Quartet, which would include France, Britain, the United States and Russia.

However, the plan of Britain to conclude a truce in Syria failed. The main reason for the failure is insufficient Western pressure on the Assad regime, Cameron writes. According to the former prime minister, the Syrian government would have shown greater readiness for negotiations on the transit of power, if Britain and the United States actively supported the opposition.

The situation in Syria worsened after the use of chemical weapons in Ghouta in August 2013, the West blamed the government of Bashar al-Assad. According to Cameron, the use of prohibited weapons was a terrifying event for him, and photos of dead children reminded him of the moment when he lost his son Ivan (he died at the age of six due to illness). Cameron said that after the attack, he tried to contact Obama for four days, but he didn't answer. Putin refused to admit that Assad was behind the attacks, since only the opposition wins due to the scandal involving chemical weapons.