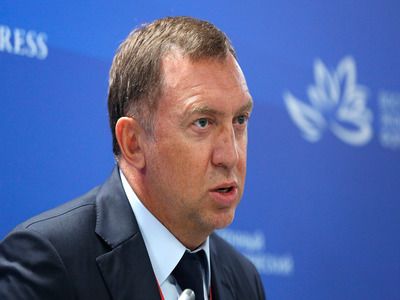 Deripaska Admitted Lack of Hope for Breakthrough Decisions in Davos

WorldEventsInternational activitiesState finance
OREANDA-NEWS. Russian billionaire Oleg Deripaska (Forbes estimates his fortune at $ 4.6 billion) has confirmed his intention to attend the World Economic Forum (WEF), which will be held in Davos, Switzerland from January 21 to 24.

“A number of media have already reported on my plans to visit the forum this year, so here and now it remains only to confirm this information”, the businessman wrote in his Telegram channel. Earlier, Bloomberg reported that 119 billionaires from around the world, including Deripaska, intend to visit the forum in Davos.

The Russian billionaire believes that "no breakthrough decisions from the work of this site should be expected". However, he joked, there is at least the hope that it will snow in Switzerland, while "in Moscow this January there is clearly a crisis with snow".

At the same time, Deripaska is sure that in the year of the 50th anniversary of the WEF in Davos there will be “an interesting week in every sense.” The billionaire himself is looking forward to meeting with eco-activist Greta Tunberg, whom Time magazine recognized as the person of 2019. “It will be interesting to hear her live”, said the businessman.
Source: OREANDA-NEWS
Материалы по теме: