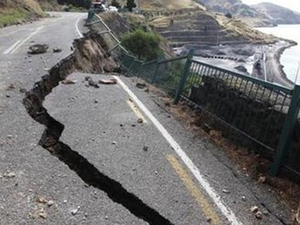 WorldEventsIncidents
OREANDA-NEWS.Emergency mode was established on Thursday in Kern County in the south of the US state of California due to an earthquake of magnitude 6.4.

This step allows local authorities to access some additional funds. In addition, this means that the state will assist in eliminating the possible consequences of a natural disaster.

On the territory of Kern County Ridzhkrest is located. There are fires in the city after the earthquake. Presumably the cause was the damage to the pipeline.

Representatives of the district fire department said on a press conference that was broadcast on Twitter that several people were slightly injured during the fires. Information about the dead has not been received. In one of the hospitals of Ridzhkrest the evacuation was carried out. 15 patients were transferred to other medical facilities.