EC Coordinated with France on US Threats to Impose Duties 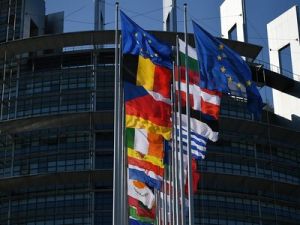 OREANDA-NEWS. The European Commission (EC) is closely coordinated with the French authorities regarding threats from the United States to introduce duties on French goods, and the European Union remains united on this issue. This was announced on Tuesday at a press conference in Brussels by the representative of the EC on trade issues Daniel Rosario.

“As for the US statements regarding the French digital tax, we have taken note of this. In this, as well as other trade issues, the EU will act and react in unity. The EU will remain united. We are closely coordinating with the French authorities regarding further steps”, he said.

According to him, the European Commission is in favor of finding a “sustainable solution” to this dispute. "The European Commission remains committed to finding a stable, sustainable and global solution to the digital taxation issue. We are working with international partners to achieve this," he added. On Monday, in the office of the US representative at trade negotiations, they said that the United States, in connection with the introduction of a digital tax by France on American companies, could impose duties on French goods worth about $ 2.4 billion.