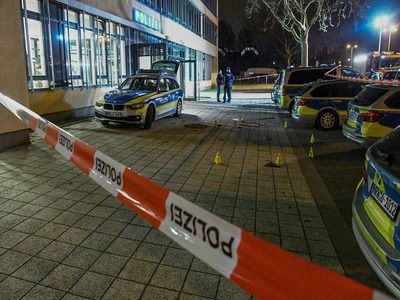 WorldJusticePublic order and securityIncidents
OREANDA-NEWS. At least eight people were killed, five were injured in the shooting opened by an attacker in the city of Hanau in the federal state of Hesse in central Germany. This was reported on Wednesday by a German newspaper, citing sources.

According to the publication, the unknown opened fire in two hookahs, and then on one of the squares of the city. Hanau police confirmed reports of eight dead and five seriously injured. In addition, the police informed that the attackers were traveling in a dark car.

"As we reported earlier, on Wednesday at around 10:00 p.m. there was a shooting in Hanau, as a result of which several people were injured. Police confirm that, according to the latest data, eight people were fatally wounded", a statement on her website said.

"The police immediately launched a large-scale operation, an investigation is underway", a law enforcement agency said. Motives for the attack are not established.
Source: OREANDA-NEWS
Материалы по теме: