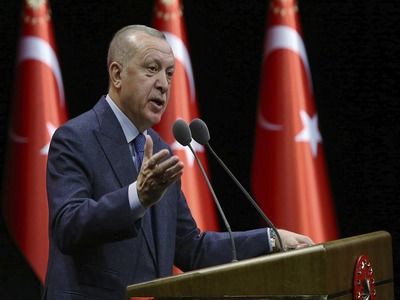 Erdogan Claims That Russia and Syria Strike at Civilians in Idlib

"Turkey will no longer put up with any violation of the ceasefire in Idlib", he said, speaking in parliament. “I want to emphasize once again that most of the attacks carried out by the regime of Syrian President Bashar al-Assad and Russia in Idlib are aimed at civilians. Their task is to completely free this territory,” Erdogan said. From his point of view, from now on, "the attacking settlements in Idlib will no longer be able to operate freely, as it was before".

Idlib is the only region in Syria that has remained in the hands of illegal armed groups since 2012. In 2017, a northern de-escalation zone was created there, where militants who refused to lay down their arms in the damask suburb of East Guta and the southern regions of the Arab Republic moved to. In the province there were 12 observation posts of the Turkish army.

The Turkish President said that at least 14 Turkish troops were killed as a result of two shelling of the positions of the republic’s armed forces in the Syrian province of Idlib.