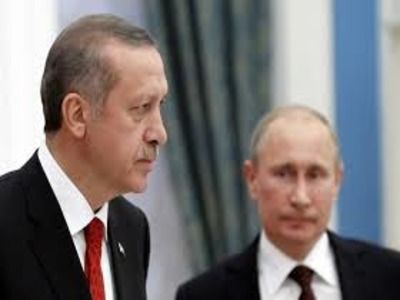 "Putin and I will have telephone calls today at 18:00, they will form the further position of Turkey on the Syrian Idlib", Erdogan said. According to the Turkish president, "the current events in Idlib can be called a war." He also stated that the Turkish Armed Forces killed 150 Syrian soldiers as a result of return fire.

In addition, the President of Turkey said that French President Emmanuel Macron and German Chancellor Angela Merkel suggested that Vladimir Putin hold a four-sided summit on Syria on March 5 in Istanbul. However, according to Erdogan, the Russian leader "has not yet given his consent".

Spokesman for the Russian leader Dmitry Peskov, in turn, confirmed that Putin and Erdogan will have a telephone conversation on the evening of February 21.