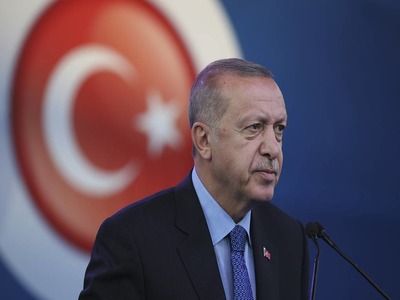 WorldTerritorial administrationMilitary securityInterstate relations
OREANDA-NEWS. Turkish President Tayyip Erdogan said on Thursday that Ankara has the right to conduct the source of peace cross-border operation in neighboring Syria thanks to an agreement signed by the two governments in Adana in 1998.

"As for the use of airspace over Syria, it doesn't belong to the United States. This is international space, this is Syrian airspace. Since it does not belong to the United States, the question of its use is also decided by the regime of Syrian President Bashar Assad. They are located there in Syria not at the invitation of the regime. And we are there under the agreement signed between Ankara and Damascus in Adana. According to this agreement, if the regime doesn't take measures against the Kurdistan Workers Party, then our military has the right to prosecute s terrorists in Syria", said the Turkish leader told the newspaper.

Relations between Turkey and Syria in the 1980-1990s were extremely tense, as Ankara accused Damascus of supporting the Kurdistan Workers Party. On October 20, 1998, negotiations between representatives of the Foreign Ministers and the Ministry of Internal Affairs ended with the signing of a joint protocol and agreement on security issues in Adana.