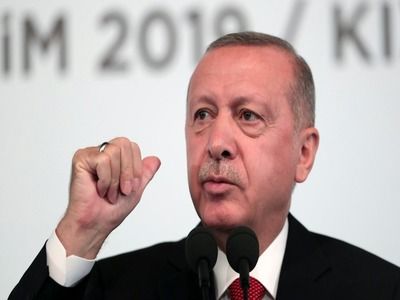 WorldTerritorial administrationInterstate relationsIncidents
OREANDA-NEWS. Turkish President Tayyip Erdogan criticized the European Union on Thursday for denouncing Ankara’s cross-border operation, Source of Peace, in Syria. During his speech, broadcast by the Turkish television channel, the Turkish leader threatened to open the door for refugees to Europe if she calls this operation an invasion.

"Hey, European Union, pull yourself together! If you try to call our operation an invasion, then our business is simple - we will open our border crossings and issue 3.6 million refugees to you", he said. Erdogan made a similar threat on September 5, urging the EU to support Ankara’s intentions to create a security zone in Syria.

The Turkish president also called the "absurd" position of Egypt, which on the eve declared the illegality of any Turkish operation in Syria. “They have no right to criticize our operation at all. He, the President of the ARE, Abdel Fattah al-Sisi, is himself the killer of democracy in his country”, Erdogan emphasized.