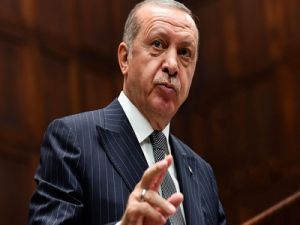 OREANDA-NEWS. Turkey will refuse to support NATO plans to protect Poland and the Baltic countries if the alliance does not recognize terrorist organizations as a threat to Ankara. This was stated by Turkish President Recep Tayyip Erdogan at a press conference before the NATO summit in London, reports Turkish media.

“Yesterday I met with the President of Poland. In fact, they said that we can unite in the defense of the Baltic countries. If our friends in NATO do not accept organizations that we consider terrorist and that we are fighting as terrorists, we will be against any steps taken by NATO”, Erdogan said.

Earlier, Reuters, citing sources, wrote that Turkey refuses to support the NATO defense plan for Poland and other Baltic states until the alliance offers Ankara more political support in the fight against the Kurdish "Self-Defense Units" (YPG) in Northern Syria. The agency’s interlocutors clarified that the Turkish authorities obliged their NATO envoy not to sign the plan and take a tough stance at meetings and private conversations, demanding that the alliance recognize the YPG as terrorists in the official wording. NATO spokeswoman Oana Lungescu told Reuters that the Alliance has plans to protect all of its allies.