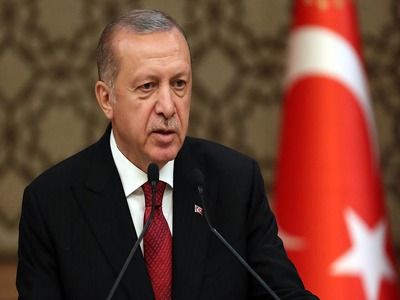 WorldState managementMilitary securityInterstate relations
OREANDA-NEWS. Turkish President Recep Tayyip Erdogan said Thursday that Ankara is starting to send troops to Libya to support the Government of National Accord (GNA) Faiz Sarraj. With such words, the Turkish leader spoke at the presidential palace.

"Turkey is sending troops to Libya to maintain the stability of the legitimate Libyan government", the president said. He also stressed that Ankara will continue to use diplomatic and military measures to ensure stability south of Turkey, including in Libya. According to Erdogan, "from now on it will be legally impossible to conduct exploration drilling or to build pipelines in the Eastern Mediterranean without obtaining appropriate permission from Libya and Turkey".

Meanwhile, the Turkish leader already announced on January 5 the start of the dispatch of Turkish troops to Libya, indicating that their tasks include "coordination actions" as well as the "security of a legitimate government".
Source: OREANDA-NEWS
Материалы по теме: