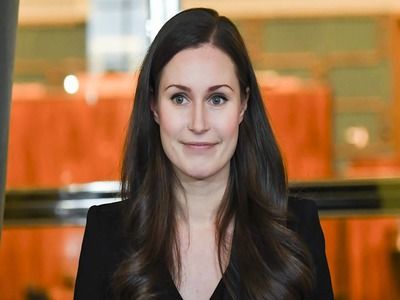 WorldMinistries and departmentsInterstate relationsEvents
OREANDA-NEWS. Estonian President Kersti Kaljulaid apologized for the words of the country's Interior Minister Mart Helme about Finnish Prime Minister Sanna Marin. This was announced on Monday by the Office of the President of Finland Sauli Niinistö.

"The presidents had a telephone conversation on the initiative of the Estonian side on December 16. Kaljulaid apologized for Helma’s interview on December 15. The President of Finland conveyed apologies to Prime Minister Sanna Marin and the government", the statement said.

On Sunday, the head of the Estonian Ministry of Internal Affairs, chairman of the Conservative People’s Party, Mart Helme, commenting on the appointment of Marin as prime minister, said that in this connection he would like to recall "the words of Vladimir Ulyanov-Lenin that any cook can become a minister". In Finland, Helme emphasized, there is precisely a situation in which "the saleswoman has risen to the prime minister". He also doubted that the new government of Finland would be able to defend the interests of the country.