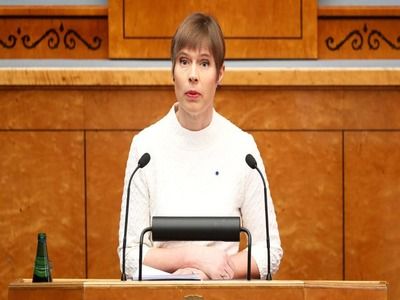 WorldState managementInternational activitiesInterstate relations
OREANDA-NEWS. Estonian President Kersti Kaljulaid called on to resist attempts to deny the Holocaust. This is stated in a statement that the presidential office distributed on Monday on the occasion of the 75th anniversary of the liberation of the Auschwitz-Birkenau largest Nazi death camp by the Red Army.

“We should tell schoolchildren about these horrors and explain what led to such terrible pages in the history of mankind”, she said. “This is a measure of our humanity and one of the guarantees that we can prevent the recurrence of these crimes”.

Kaljulayd added that "we must remember again and again our duty to resist any attempt to deny the Holocaust or to justify any crimes against humanity". As the Estonian president recalled, one of the first places where the horrors of the Holocaust were documented was the Klooga concentration camp located in Estonia.

On January 27, 1945, the Red Army liberated the Auschwitz-Birkenau concentration camp, in which at that time a little more than 7 thousand prisoners remained, including several hundred children. According to various sources, between 1.5 and 2 million people of different nationalities, including about 15 thousand Soviet citizens, died in the camp.
Source: OREANDA-NEWS
Материалы по теме: