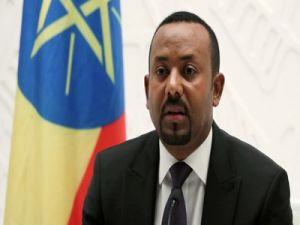 OREANDA-NEWS. Ethiopian Prime Minister Abiy Ahmed Ali received the Nobel Peace Prize in 2019. The Nobel Committee announced this on its Twitter page. Abiy Ahmed received the award "for efforts to achieve peace and international cooperation and, in particular, for a decisive initiative to resolve the border conflict with neighboring Eritrea".

As indicated on the committee’s website, its decision is also related to the desire to mention all those who work to establish peace in Ethiopia and eastern Africa as a whole. In addition to the peace treaty with Eritrea, the committee also noted that after taking office in April 2018, Abiy Ahmed initiated “important” reforms that gave many citizens of the country hope for a “better life and bright future”.

In particular, the prime minister granted amnesty to “thousands of political prisoners”, stopped censorship in the media, legalized opposition groups that were out of the law, and “significantly increased the influence of women on Ethiopia’s political life” (half of the country's ministers are women).