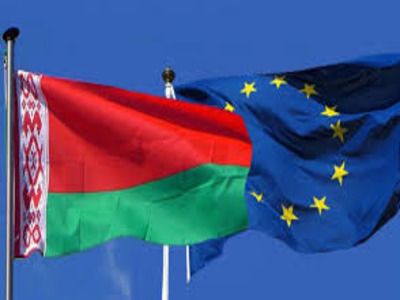 EU Prolongs Arms Embargo and Sanctions Against Belarus for a Year

WorldDiplomatic organizationsMilitary securityTerritorial administration
OREANDA-NEWS. The EU extended the arms embargo against Belarus for a year, as well as restrictive measures against four citizens of this country. This is stated in a statement by the EU Council, circulated on Monday in Brussels. "The Council decided to extend the restrictive measures against Belarus for one year, until February 28, 2021", it says.

The document explains that Brussels has extended the embargo on the supply of arms and police special equipment, as well as visa restrictions against four Belarusian security officials "in connection with the unsolved disappearances of two opposition politicians, one businessman and one journalist in 1999-2000".

The EU introduced the first block of visa sanctions against Belarus and its president, Alexander Lukashenko, in connection with human rights violations back in 2002. Since then, the restriction package has been revised several times, and their action has been frozen three times. However, in February 2016, the EU partially lifted sanctions from the republic, which were valid for more than 13 years.

Brussels didn't extend the restrictive measures against 170 Belarusian officials, including Lukashenko, and three companies, however, the embargo on the supply of weapons and police special equipment, as well as visa restrictions against four Belarusian security officials, were upheld for a period of 12 months.
Source: OREANDA-NEWS
Материалы по теме: