Expert Said That Russia May Ban Timber Exports to China 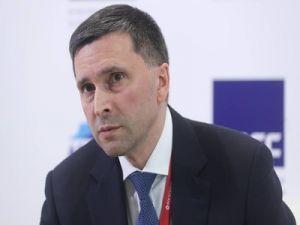 OREANDA-NEWS. The Ministry of Natural Resources of the Russian Federation may prohibit the export of timber to China in the absence of the PRC's assistance in solving the problem of illegal logging, the head of the ministry Dmitry Kobylkin said in an interview with Russian business newspaper published on Thursday.

"China should clearly understand that if they do not join in solving this problem, then we will have no option but to ban the export of timber completely. If we see concrete steps from the Chinese side, we will defeat this problem", he said . According to Kobylkin, he asked Chinese law enforcement agencies to join the solution to the problem of "black loggers".

“I propose to China, together with us, on our territory — along the border — to build breeding and seed-growing complexes and plant planting material. To restore for our children and grandchildren what the black loggers cut down”, the minister added.

In July, Russian President Vladimir Putin announced the need to strengthen the fight against illegal logging. According to the head of state, "illegal logging leads to waterlogging of the soil, increases the risks of flooding". He also ordered the government to create a working group by September 1 to combat illegal logging using space technology. In addition, Russian Prime Minister Dmitry Medvedev said that it was necessary to analyze the relationship of forest fires in Siberia and the Far East with illegal logging.

In general, the area covered by forest fires in 2018 is at the level of long-term average values, that is, forest fire services provide an effective rebuff to the fire element. But the season continues, a surge in autumn burn-in is possible even in October. The final results can be summarized later.