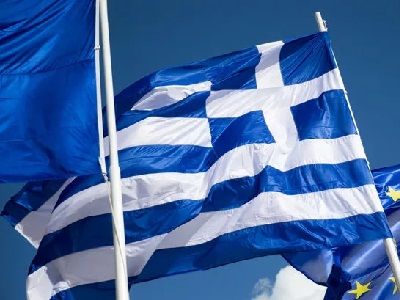 Fifth trance from Eurozone: Greece to get €15 billion

WorldFinances
OREANDA-NEWS.  Greece received €15 billion (nearly £13.2 billion) in concordance with the program of the European stability mechanism (ESM), according to the official website of the Fund. The fifth tranche of financial assistance is the last under this program.

"€9.5 billion will be directed to the creation of a liquidity buffer in Greece, and €5.5 billion — to service debt," — said in a statement.
It is noted that this amount will be enough to cover all economic needs of Greece during next two years. After this tranche, the size of the Greek liquidity buffer will be 24 billion euros.

"The last payment and the positive conclusion of the final check indicate that Greece has come a long way in three years of the ESM program," said Klaus Regling — ESM managing Director.

He noted the diligence of the Greek people and the right actions of the state. "Since 2012, the European financial stability facility (EFSF) and the European stability mechanism have been supporting the Greek people by providing unprecedented amounts of long-term loans. Interest rates were very favorable for Greece. The finishing of the financial program will be on August, 20. It is very important date for the country and Greek people ", — said Regling.

In his opinion, Greece will prove that all reforms could lead to stable economy.

In August 2015 European countries agreed the third program of aid to Greece. It occupied five tranches: more than €80 billion. ESM required the country to reduce pensions and social payments.

Greece received financial assistance more than 7 years - since 2010. This European country could not do after the global financial crisis without external financing. Austerity and reforms in Greece were the terms of assistance. For all period country has received more than € 240 billion from the Eurogroup. International monetary Fund agreed more than € 30 million tranche for Greece.

Finance ministers of Eurozone will discuss debt relief for Greece on Thursday. The country should return to market financing after 8 years of loans from Eurozone governments. So, in the end of August for the first time in eight years, Greece will enter the financial markets on its own. According to agreement, Athens agreed to implement pension cuts and tax increases in next 2019-2020 years.
Source: OREANDA-NEWS
Материалы по теме: