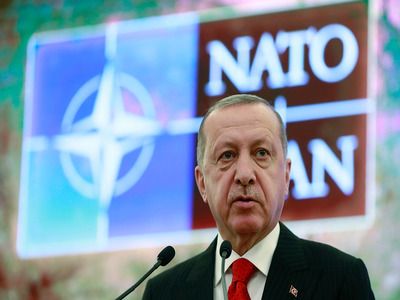 WorldgasInterstate relationsDiplomatic organizations
OREANDA-NEWS. At least five countries have joined the sanctions mechanism against Turkey for illegal exploration work on the Cyprus shelf in the exclusive economic zone of the Republic of Cyprus. This is stated in a press release issued by the EU Council on Friday.

"The countries that are candidates for accession to the EU, North Macedonia, Montenegro, Serbia and Albania, as well as Iceland, a member of the European Economic Area, have joined this decision", the statement said. The document notes that now the mentioned countries will have to coordinate their policies with this decision.

The mechanism, approved by the European Union in November last year, allows sanctions to be imposed on individuals and companies responsible for drilling activities related to the exploration of carbon resources, which are not authorized by Cyprus, in its territorial waters, the exclusive economic zone or on the continental shelf. In addition, individuals and companies that provide financial support for these activities of Turkey may be sanctioned.

The EU introduced the first warning block of sanctions against Ankara on July 15, reducing financial support and suspending negotiations on an agreement on air transportation. Large deposits of natural gas have been found offshore and in the exclusive economic zone of Cyprus. In 2011, the American company Noble Energy discovered the Aphrodite field, whose reserves are estimated at about 140 billion cubic meters.
Source: OREANDA-NEWS
Материалы по теме:

The Chairman of the Committee of the Bundestag, Norbert Rettgen, Proposed to Introduce a Moratorium on the Completion of the «Nord Stream – 2»Oreanda.ru | 05.02.2021 14:15:04