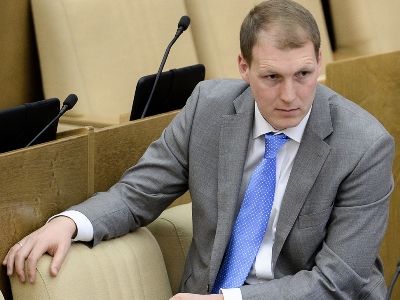 OREANDA-NEWS. According to the publication in Süddeutsche Zeitung newspaper, in the spring of 2019, Robert Schlegel, former commissioner of the youth movement “Ours” (“Nashi”, it declared itself to be a democratic, anti-fascist, anti-oligarchic-capitalist) and former State Duma deputy, received German citizenship.

Schlegel lives in Munich and works in the information security company Acronis. It is noted in the article that after the journalists’ questions, the leadership of the company temporarily suspended him from work. Acronis stated that Schlegel did not have access to customer data, but began checking connected with him.

The former deputy told that he “was disappointed in politics.” According to Schlegel, his views have changed a lot and now he is “an ordinary person with an extraordinary life experience.” “I want my children to grow up in Germany as part of the culture and nation to which they belong,” he said.

Schlegel was the press secretary of the movement “Ours” in 2006–2007. He was one of the founders of the studio which shot propagandistic videos. From 2007 to 2016, Schlegel was a State Duma deputy from the political party United Russia. He worked out amendments to the bill “On the Protection of Children from Information Harmful to Their Health and Development,” and supported the law prohibiting foreigners from adopting orphans from Russia.

Schlegel was born in Ashgabat (Turkmenistan) in a family of descendants of Germans deported from the Volga region. In 2018, he shot a documentary about the history of Germans from Russia and his family.