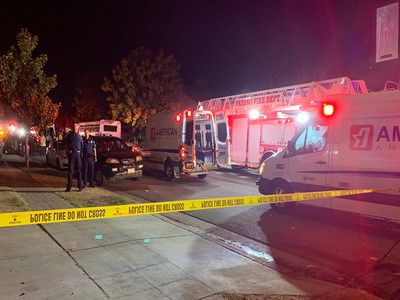 Four People Died Due Shooting at a Party in California

WorldIncidentsPublic order and securityJustice
OREANDA-NEWS. Four people were killed, six more were injured when shooting in the American city of Fresno (California). It is reported by the American media with reference to the police. According to police lieutenant Bill Dooley, the incident occurred on the evening of Sunday, November 17, at a family party in a private house in the south-east of the city. “Family and friends gathered in the backyard”, he said. “Everyone watched the football match when the suspects went to the house, made their way to the backyard and opened fire”.

Ten people got gunshot wounds, three of them died on the spot. Another victim later died in a hospital, Fresno deputy police chief Michael Reid said. The suspects managed to escape, their identities haven't been established. How many total attackers were not specified.

According to the local portal Fresno Bee, this is the second shooting incident in the city in a day. Earlier Sunday, a 20-year-old man was shot dead in another part of Fresno. The police did not specify whether these cases are related. On November 16, shooting occurred in San Diego in a residential building in the Paradise Hills area. Five people were killed, including three children. The police did not say who opened the fire, but eyewitnesses suggested that the conflict could be caused by a domestic conflict.