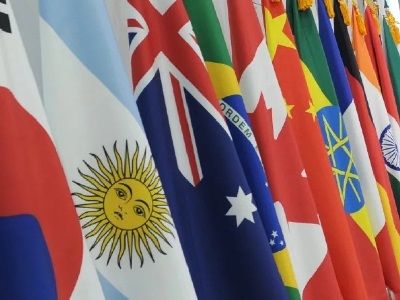 G20 Ministers Prepared Recommendations for the Development of Digital Countries

OREANDA-NEWS The Ministers of the G20 countries, together with representatives of international organizations, prepared recommendations for the development of the so-called digital countries. The relevant principles are contained in the Declaration adopted following the meeting of the G20 Ministers responsible for the development of digital technologies. It was held in Salta, Argentina, from 23 to 24 August.

In 2018, Russia was represented by Konstantin Noskov, head of the Ministry of communications. In total, the event was attended by more than 30 delegations, both from G20 member countries and from non-G20 countries (Chile, the Netherlands, Singapore and Spain). The participants of the meeting also included representatives of major international organizations - the UN Conference on trade and development (UNCTAD), Organization for economic cooperation and development (OECD), the International monetary Fund (IMF), the World Bank and the International Telecommunication Union.

The main issue on the meeting of the G20 in Salta was the most effective use of the benefits of digital transformation in the economic and social spheres, as well as in public administration. It was also about responding to the challenges associated with the digitalization of all spheres of society.

The Ministers of the G20 countries are confident in the need to strengthen the work on the digitalization of public administration, as the introduction of appropriate technologies in this area significantly increases its efficiency. Representatives of the G20 with the support of the OECD formulated the principles of development of the digital countries. According to the principles, public services should first of all be focused on the user and take into account his needs. Countries should strive to make data accessible, open and transparent, and the systems themselves should be protected. In addition, it is necessary to increase the digital literacy of representatives of the state, business and society, as well as encourage them to interact more often in the digital environment.

The digital countries should take into account the best world practices and assess the expected economic, social and political advantages of the development strategy, as well as be guided by the common principles of digital technology implementation, taking into account their evolution. Also, according to the principles, it is necessary to establish effective feedback.