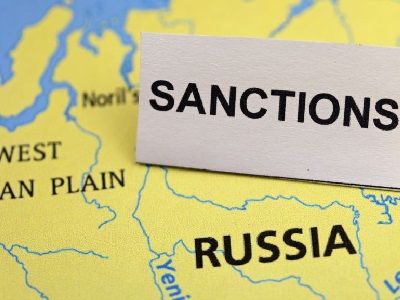 OREANDA-NEWS  Germany and France oppose the tightening of anti-Russian sanctions on the background of the incident in the Kerch Strait. This was reported by citing diplomatic sources in the European Union.

According to the newspaper, the day before in Brussels was held a secret meeting of the  Committee on politics and security, where diplomats of both countries said that it is important to take "confidence-building measures". According to sources, the sanctions do not apply to them.

Instead, according to the newspaper, Berlin and Paris want to continue diplomatic efforts, given the role of the Organization for security and cooperation in Europe, which it can play to resolve the situation in the Kerch Strait.

On the morning of 25 November, the Ukrainian military ship "Berdyansk", "Nikopol" and "Yana Kapu" crossed the state border of Russia, breaking the 19 and article 21 of the UN Convention on the law of the sea.

They entered the temporarily closed Russian water area, heading from the Black sea to the Kerch Strait, dangerously maneuvered and did not obey the legal requirements of the Russian border guards. The result against the perpetrators used weapons. Three Ukrainian soldiers were injured, they were provided with medical care. Ships with 24 sailors on Board were detained. The FSB opened a criminal case on illegal crossing of the state border.

Russian foreign Minister Sergei Lavrov called the situation in the Kerch Strait a clear provocation. According to him, Kiev violated the key provisions of international law, the actions of Ukrainian sailors posed a threat to the movement of ships.

Press Secretary of the President of Russia Dmitry Peskov, in turn, said that the Russian border guards acted in accordance with international and domestic law — it was a reaction to the invasion of foreign warships in the territorial waters of the country.