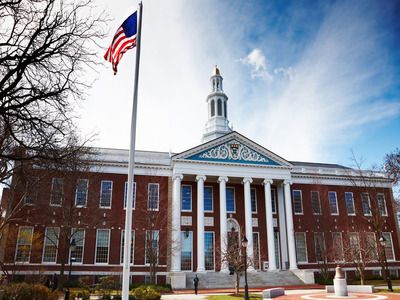 Harvard Obliged to Report on Relations with Russia, China, Iran and Other Countries

WorldPrivate educationPublic educationInternational activities
OREANDA-NEWS. The US Department of Education has requested Harvard University to provide information on possible links with other states, including Russia, China, Iran, Saudi Arabia, and Qatar. This is stated in an article published on Wednesday in an American newspaper.

Journalists read the letter that the department sent to Harvard University. The message, dated Tuesday, said university officials should "disclose gifts or contracts associated with the authorities in China, Qatar, Russia, Saudi Arabia, and Iran". The ministry also intends to obtain data regarding possible university ties with the Skolkovo Foundation, Kaspersky Lab, Chinese companies Huawei and ZTE, as well as a number of other structures.

In addition, according to the newspaper, the U.S. Department of Education believes that Yale did not notify the US authorities of the receipt of approximately $ 375 million from other countries between 2014 and 2017.

The documents of the US Department of Education, with which the newspaper’s journalists familiarized themselves, noted that American universities could use it “to spread propaganda in the interests of the authorities of other countries”. In addition, the ministry fears that other states may fund American universities in order to obtain information from them.
Source: OREANDA-NEWS
Материалы по теме: