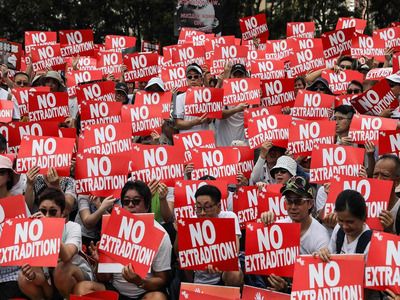 WorldState managementMinistries and departmentsSocial associations
OREANDA-NEWS. The central government of China is not going to strengthen control over Hong Kong in connection with anti-government protests in this special administrative region of China. This was stated by the head of the Hong Kong administration, Carrie Lam.

“There is no truth in the allegations that the central government tightens control over Hong Kong”, Bloomberg quoted her as saying on Wednesday. “Beijing wants Hong Kong to flourish under the principle of one country, two systems and broad legal autonomy”. Carrie Lam added that after three meetings with Chinese President Xi Jinping, Beijing’s intentions to adhere to the current political system do not raise doubts.

On July 1, 1997, after more than one and a half centuries of British colonial rule, Hong Kong returned to China under the formula "one country - two systems", providing for the wide legal autonomy of the city. Since then, this "island of capitalism" and a large financial center has become a special administrative region of the PRC, retaining autonomy in all matters except defense and foreign policy for the next 50 years (until 2047).

In early summer 2019, mass protests began in Hong Kong against the intention of local authorities to pass an extradition bill that would allow extradition of offenders to mainland China.