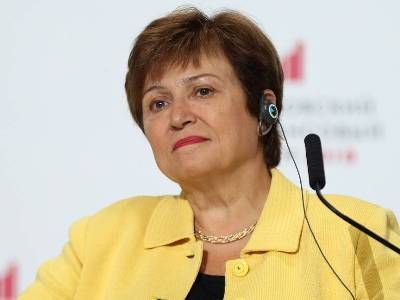 OREANDA-NEWS. The global economy has entered a recession due to the epidemic of coronavirus. This was announced on April 3 by the Chairwoman and Managing Director of the International Monetary Fund (IMF) Kristalina Georgieva.

“It is way worse than the global financial crisis (Of 2008–2009. – Ed.),” she said. According to her, a decisive response to the crisis in the healthcare sector is required. Georgieva said that a powerful blow has been dealt to developing economies. She explained that they often have less resources for self-defense in the face of this double crisis: in the field of healthcare and the economy. According to her information, the outflow of capital from such countries amounted to almost 90 billion US dollars. This is much more than 12 years ago, she stressed.