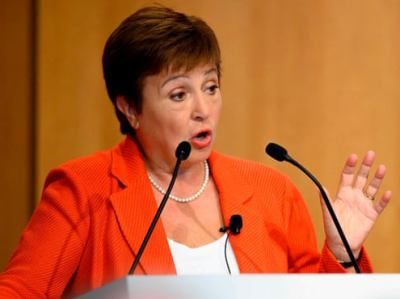 IMF Head Said that the Global Economy Had Entered Recession

OREANDA-NEWS. The world economy has entered a recession, which is similar or even worse than the one that occurred during the global financial crisis of 2008–2009. This was announced on March 27 by the Managing Director of the International Monetary Fund (IMF) Kristalina Georgieva during a video briefing with journalists.

She added that experts expect a significant recovery in 2021, but it will be possible only if people manage to cope with the virus spread around the world and prevent liquidity problems. Georgieva called on the international community to pay attention to countries with large debts until this turns into a serious problem. IMF chief mentioned that the United Kingdom, China and Japan had already promised to help the world’s poorest countries.