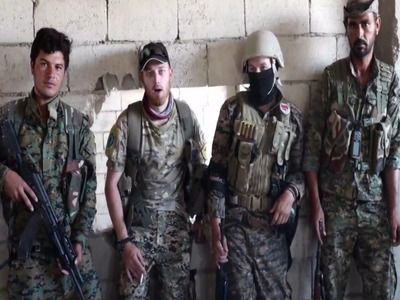 WorldMilitary securityInternational activitiesPublic order and security
OREANDA-NEWS. The Syrian military found in the village of Urem, liberated from militants, near Aleppo, a police station with cameras where terrorists tortured detainees.

For several years, the village was under the control of three different militant groups, including the banned Jebhat al-Nusra in Russia, and each of them used these premises for the same purpose, local residents say. The site was located in the former building of the veterinary clinic.

According to farmer Faisal Garaf, in the dungeons of their police station, terrorists beat out confessions that he was working for government forces. The militants practically did not feed the detainees - they only tortured and humiliated them. The Syrian military found scattered documents, some of which the militants burned before retreating.

Terrorists severely destroyed the village, even the ruins of an ancient Christian temple of the Byzantine period, on which tourists often came to see in the pre-war period. The bandits dug up huge holes in an attempt to find gold and jewelry, supposedly walled up in the foundation. Local residents say that the militants wanted to blow up the monument itself during the retreat, but didn't have time, as did their first-aid post.
Source: OREANDA-NEWS
Другие новости: