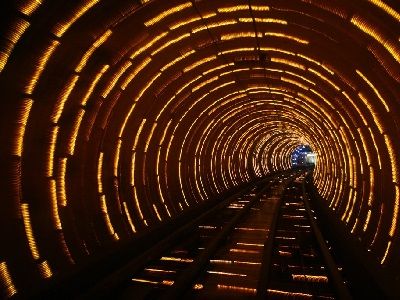 OREANDA-NEWS The underground tunnel under Los Angeles (California), conceived by businessman Elon Musk as an alternative to land transport and the subway, is almost ready for operation and will start working on December 10. Musk reported about it in Twitter.

"The first tunnel is almost ready. Will open on December 10", - wrote Musk.

Musk announced the creation of the Boring Company in December of the year before, in January 2017, the company acquired the drill and began to build a tunnel as part of the project to create a network designed to cover the whole of Los Angeles in the future.

In June of this year, the company completed the construction of a section with a length of more than 4.3 km. Passengers will move through the tunnel on a high-speed electric bus, the speed of movement will be 241 km/h.

Priority after the start of operation of the tunnel, according to the Musk, will be given to pedestrians and cyclists. In this case, after completion of the discount period the cost of travel in the system will be below the price of a bus ticket.

For the first time on the construction of the tunnel under Los Angeles as a measure of struggle with traffic congestion Musk spoke in December 2016. "Traffic's driving me crazy. I intend to build a machine for drilling tunnels and just start digging," he wrote then on Twitter. In January last year, Musk said that construction should begin "in a month or so." The businessman noted that the tunnel will pass from his office to the airport of Los Angeles.

Later Musk presented the project of the high-speed electric bus intended for movement on a network of underground tunnels. It is planned that the transport network will include about a thousand small stops the size of a Parking space. It is expected that the network of tunnels will allow very fast access to the destination.