Peskov: Novak Continues Discussion of Future OPEC+ Deal with Colleagues from the Alliance
Fuel and energy, 18.02.2020, 13:43

In Italy and France Held the Festival "Empire of Tchaikovsky" 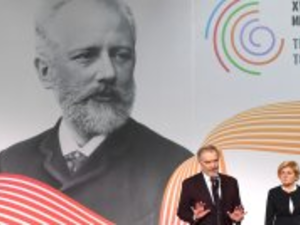 OREANDA-NEWS.The Tchaikovsky Empire, a classical music festival, was held for the ninth time in Italian Liguria and on the Cote d'Azur. The name of the festival is associated with the great Russian composer, it is no coincidence that the center of its holding, San Remo: after an unsuccessful marriage, Tchaikovsky experienced a nervous breakdown and, on the advice of the doctors, came to the sea for treatment. It was in San Remo that he wrote the opera "Eugene Onegin" and the Fourth Symphony, which entered the treasury of world music culture.

This year the orchestra performed works not only of Tchaikovsky, but also of other Russian composers: Glinka, Shostakovich, Sviridov, Petrov, and the concerts were attended by opera and ballet artists from Italy and Russia - Daria Pavlenko, Denis Klimuk, Valeria Zapasnikova and Denis Morozov, and also the young star of the world opera stage, the soloist of the Mariinsky Theater, Yevgeny Muravyova.

The festival is so loved and significant in Italy that Alexander Kantor (already an Honorary Friend of San Remo) received another award - the title of Honorary Friend of Pieve di Teco and the key to this city. It is here that one of the most atmospheric concerts in a series of orchestra tours is traditionally held. The platform for musical action invariably serves as the Cathedral of St. John the Baptist with beautiful decoration and stunning acoustics.