Supporters of ISIL Preparing Terrorist Attacks Were Detained in Russia 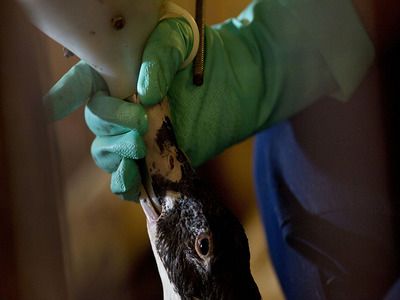 WorldMinistries and departmentsFood product manufactureJustice
OREANDA-NEWS. The City Council of New York adopted a law on October 30, according to which it will be prohibited to sell foie gras in the city from 2022. It is reported by The New York Times. For violation there is a fine of $ 2 thousand. 42 parliamentarians voted for this decision, six spoke out against. At the office of New York Mayor Bill de Blasio, CNN was told that he intended to sign the document.

Foie gras is made from duck or goose liver. In order to cook a delicacy, birds are force-fed (most often using special funnels or tubes through which food is poured into their throats) and deprived of their freedom of movement. As a result, the liver increases several times. “This is one of the most brutal practices, and it’s done for a product that is exclusively luxury”, said Carlin Rivera, a member of the New York City Council Second District Council, who supported the bill.

“As a lifelong advocate for animal rights, I’m glad that the council voted to adopt this historic law prohibiting the sale of these specific animal products with forced feeding”, she added. According to the American media, poultry owners opposed the bill.