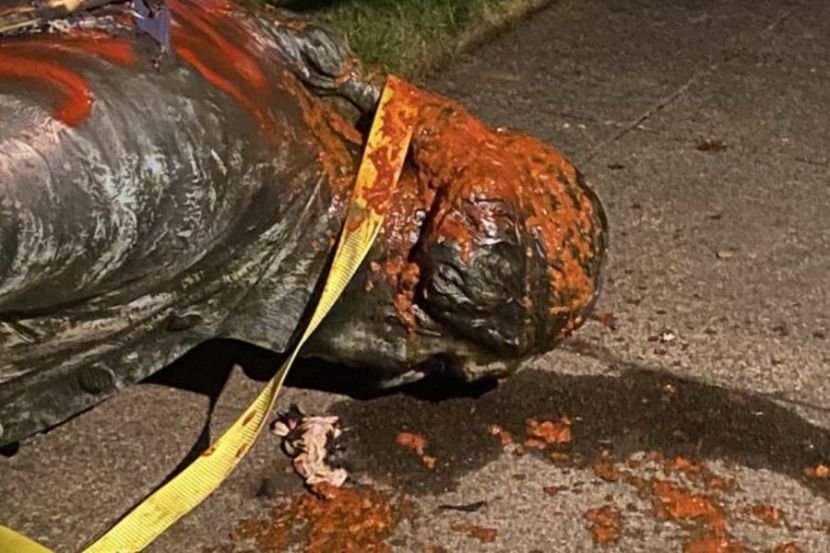 In Portland, Protesters Demolished a Monument to the First President of the USA

OREANDA-NEWS. In the city of Portland (Oregon State, USA), a group of protesters demolished a monument to the first president of the United States, George Washington.

According to the local television channel KOIN, 20 people approached a statue erected near the building of the German American Society in the northeastern part of the city. An American flag was thrown over the head of the statue and set on fire. After that, when there were more people, the statue was thrown to the ground and painted with graffiti. In particular, the inscription 1619 was written on the monument; it is considered that first slaves arrived in America this year.

Police launched an investigation into the incident.

Against the backdrop of the death of Afro-American George Floyd at the hands of the police, discussions about racial discrimination intensified in the United States, mass protests took place in many cities. Several monuments to the southerners who fought in the American Civil War of 1861–1865 were demolished. Statues were dismantled both by local authorities and protesting citizens.
Source: OREANDA-NEWS
Поделиться в соцсетях:
Подписаться на наши группы: Instagram | VK | Facebook | Twitter
Rate this article: