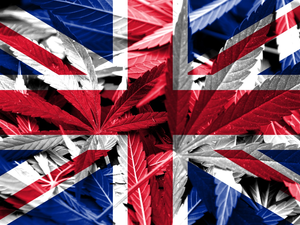 In the UK, it is Proposed to Legalize Marijuana to Increase the Country's Budget

WorldIndustryTrade and servicesScience and engineeringMedicine
OREANDA-NEWS. According to the survey, most Londoners support the legalization of marijuana.

According to the survey, 63% of respondents supported the initiative on which the UK can become a country that completely legalized marijuana. 19% of Londoners opposed the legalization of marijuana consumption. More than 2 thousand people took part in the survey.

In general, 47% of UK residents responded for the introduction of its regulation at the legislative level, against 30% of respondents. That is why, the authors of the study believe that it is time for the country to take exactly the same decision on the issue of legalization, as in Canada, and another 10 US states.

According to their estimates, if marijuana was distributed at a legal level, the country's budget could increase by £ 1 billion in taxes annually, while its illicit traffic today brings 2.5 times more.

Earlier, the British authorities officially allowed the use of marijuana for medical purposes.