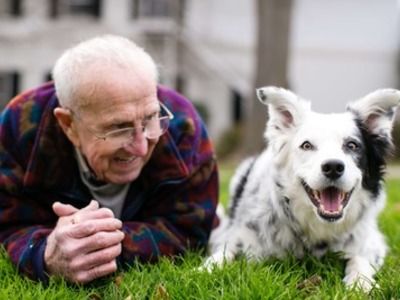 "the Most Intelligent" in the World Dog Died in the US

OREANDA-NEWS A border collie named Chaser, who lived in South Carolina and was considered the most intelligent dog in the world, died this week at the age of 15. This was announced on Sunday by NBC.

The animal became famous for knowing the names of more than 1 thousand toys and could carry out various complex commands with them, built in the form of sentences with a multitude of grammatical elements. It was believed that Chayser, if not to count the people themselves, has the largest "vocabulary" among animals known to science. The dog lived in the house of Professor of Psychology John Pilly, who taught her these skills.

Pilly received the animal as a gift from his wife in 2004 and immediately began to train the recognition of objects. In 2013, he wrote a book about Chayser, which became a bestseller in the United States. The professor himself died in June 2018, and his daughters has since cared about the dog.

In the meantime, the animal is already going to erect a monument, which is expected to be ready in 2020. The statue will be installed near the building of the Children's Museum in Spartanburg, where Chayser lived.