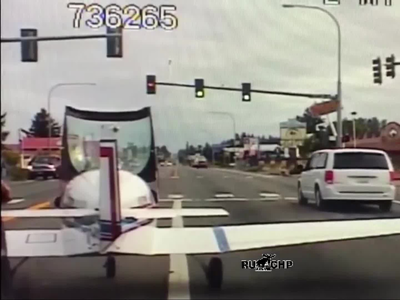 In the US, the Plane Urgently Boarded on the Highway

WorldEventsTransportAir transport
OREANDA-NEWS Residents of the US state of Washington were witnesses of an unusual event today, on 2 of August. There, a KR-2 single-engine aircraft landed on one of the highway. No one was hurt.

The incident occurred in the morning, when the road was busy. One of the motorists shot an episode with an airplane on a DVR.

The frames show that in the middle of the road there is a small liner. Later, the pilot himself got out of it. One of the engines broke during the flight. That is why man was forced to make an emergency landing.