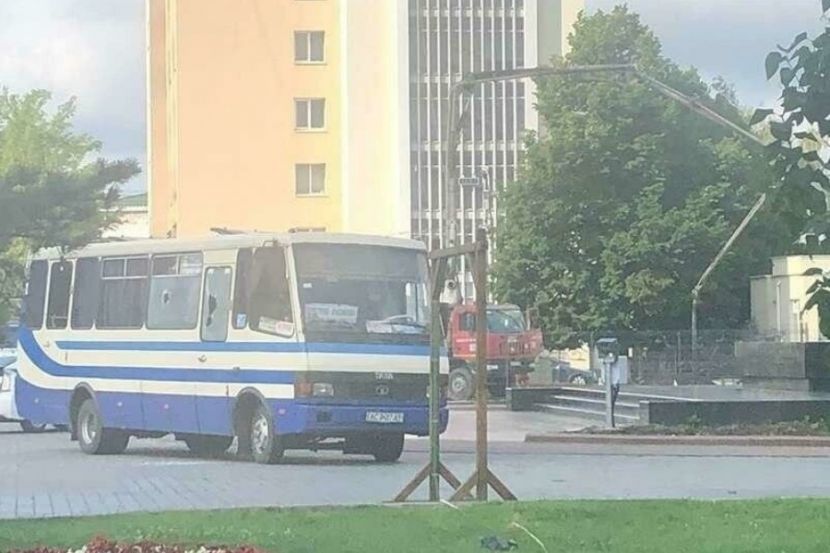 In Ukraine, an Armed Man Hijacked a Bus and Took Passengers Hostage

OREANDA-NEWS. An unknown man hijacked a bus in the city of Lutsk (Volyn Region, northwestern Ukraine) and took passengers hostage.

This was reported on Facebook by the regional police press service. “This morning, a message was received… that in the center of Lutsk a man seized a bus with hostages, he has explosives and weapons,” the message reads. The law enforcement officers introduced a hostage plan in the region; the territory of the center of Lutsk was closed.

According to the police, about 20 people may be held hostage. The criminal does not make any demands. His identity is being established.

The local newspaper Volynski Novyny published a photo of the bus. Several windows are knocked out, bullet holes are visible on the rest. The edition clarified that the bus followed the local route Berestechko – Krasnylivka.