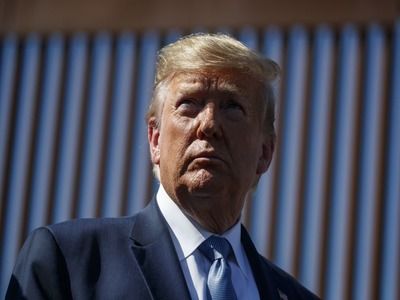 India Has Prepared for Visit of Trump, Two Defense Contracts with US for $ 3.5 Billion

WorldMilitary securityWholesale of non-motor vehiclesInternational activities
OREANDA-NEWS. India has prepared for signing with the United States two major defense contracts totaling $ 3.5 billion in anticipation of the visit of US President Donald Trump, which will be held February 24-25. According to an Indian newspaper on Thursday, citing sources, both contracts concern the acquisition of military helicopters.

According to this information, we are talking about the purchase of a batch of six AH-64E Apache attack helicopters in the amount of $ 930 million and, as previously reported, the acquisition of 24 sea-based helicopters MH-60R Seahawk complete with missiles totaling $ 2.6 billion. These transactions, which should be concluded soon, will lead to the fact that the total value of Indian defense contracts concluded by the United States since 2007 will exceed $ 20 billion, the publication indicates.

In addition, according to newspaper sources, it is expected that during the visit, the US president will ensure that India select American fighters (F / A-18, F-15EX or F-21 - an upgraded version of the F-16 multi-role fighter) for the joint production of 114 new fighters for the Indian Air Force.

This will be the first visit of US President Trump to India. It's planned that the parties will discuss a number of issues in bilateral relations, including the problem of disagreement over trade restrictions.