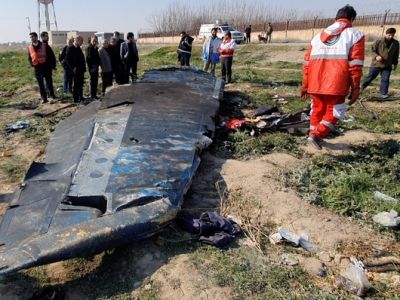 OREANDA-NEWS. Iranian authorities agreed to transfer to Ukraine flight recorders of the Boeing 737-800 passenger aircraft which was shot down by the Iranian military near Tehran in January 2020.

This was announced on Twitter by the Ambassador of Ukraine to Canada Andriy Shevchenko. “The representative of Iran at the Council session in Montreal Farhad Parvaresh: Iran agrees to send black boxes to Ukraine, and then to transfer them to France in the event that additional expertise is needed,” the diplomat wrote.

On January 10, Iran granted access to the flight recorders of the crashed aircraft. As the Minister of Foreign Affairs of Ukraine Vadym Prystaiko noted, the country’s representatives also got access to the records of talks of the air controllers of the Tehran Airport and the pilots.