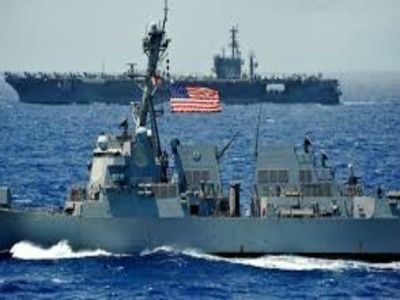 Iran: US Presence in Persian Gulf Threatens Security of the Republic

WorldInterstate relationsTerritorial administrationMilitary security
OREANDA-NEWS. The presence of US forces in the Gulf region poses a threat to Iran’s security. This was stated on Friday by the Minister of Defense of the Islamic Republic Amir Khatami.

"The illegal presence of Americans is a threat to security in the Persian Gulf", he said. The minister stressed that "the United States approached the borders of Iran from another part of the world". The words of Khatami were a reaction to the incident in the Persian Gulf, when the warships of the Americans and Iranians became close to each other.

On Wednesday, the press service of the Fifth Fleet of the U.S. Navy reported that the Islamic Revolutionary Guards Corps military boats (elite units of the Iranian Armed Forces) made dangerous maneuvers near several US warships in the Persian Gulf. It's noted that Iranian ships approached the American at a distance of up to nine meters.
Source: OREANDA-NEWS
Материалы по теме: