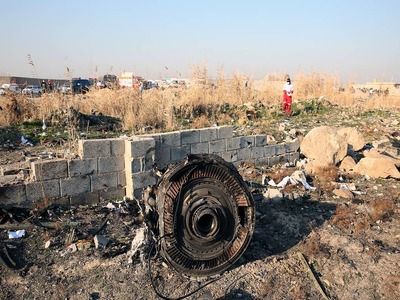 WorldIncidentsAir transportInterstate relations
OREANDA-NEWS.Iranian authorities will transmit information to Ukraine from the flight recorders of the Ukrainian liner that crashed near Tehran. This was announced by the head of the incident investigation department of the Civil Aviation Organization of Iran, Hassan Rezayefar.

"Information from the black boxes of the crashed Ukrainian plane will be sent to Kiev for research," Tasnim quoted Reziefara on Monday. According to him, the information provided by Iran on-board recorders will be "read using the expertise of France, Canada and the United States". The official noted that Tehran is taking this step "in response to a request from the Ukrainian government".

Rezayefar said on January 19 that Iran had not yet made a decision to send black boxes of the Ukrainian liner abroad and independently deciphered the flight recorders. As Iranian Foreign Ministry spokesman Abbas Musavi said on January 20, Tehran sent to Kiev Mohammad Eslami, Minister of Roads and Urban Development, with a letter from Iranian President Hassan Rowhan to Ukrainian President Vladimir Zelensky about the crash of Boeing.