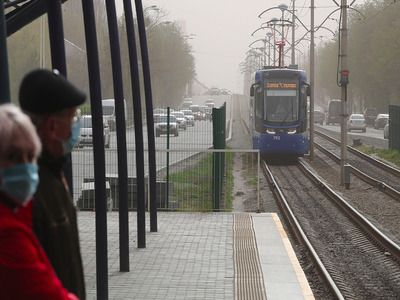 WorldInternational activitiesBank loans and ratingsEnvironmental protection
OREANDA-NEWS. Kiev took first place in the ranking of cities on the QIAir air quality index according to data on the morning of April 17. In Russia, the city with the worst air quality was Krasnoyarsk, which was in 86th place.

The level of air pollution in the capital of Ukraine at 11:20 Moscow time, the rating authors rated at 338 points. Kiev is far ahead of the second city in the ranking, Chinese Chongqing - it has 158 points. The press service of the Kiev city administration recommended that the residents of the city limit their stay on the street and keep the windows closed. The two Russian cities in the ranking were Krasnoyarsk (86th place) and Moscow (88th place).

A fire in the exclusion zone occurred in early April, on April 5 in this area the level of radiation was briefly increased. Forest fires that occurred in the Chernobyl exclusion zone should not affect the radiation situation in Russia, Roman Wilfand, the scientific director of the Hydrometeorological Center, told the Russian media.
Source: OREANDA-NEWS
Другие новости: