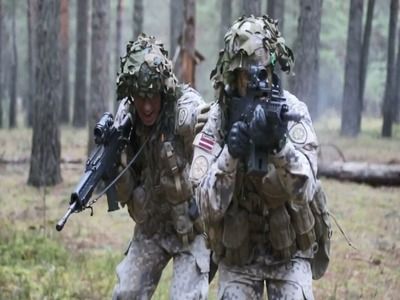 WorldInterstate relationsInternational activitiesMilitary security
OREANDA-NEWS. Russia must demonstrate greater openness in terms of conducting military exercises in the Baltic region. This was announced on Wednesday by Russian State Secretary of the Ministry of Defense of Latvia Janis Garisons on the sidelines of a conference at the Hudson Institute.

"I think that after many events of 2014 there are different options for reducing tensions", he said, discussing the prospects for dialogue between the Russian Federation and NATO. For example, Russia should be much more open in terms of military exercises. There are other things". “Latvia and Russia maintain contacts, including through the ministries of foreign affairs. No channels were closed”, the secretary of state added.

When asked if it's planned to deploy additional alliance infrastructure in the region, Harrison said that various NATO forces have already been deployed. “There was no discussion about new placements”, he said.

US military equipment and soldiers have been deployed in Latvia as part of the Atlantic Resolve operation since April 2014 in order to "strengthen NATO’s eastern flank". As part of this mission, there are about 150 military personnel from the 3rd battalion of the 1st US military aviation brigade, who, with the support of 13 UH-60 and HH-60 Black Hawk helicopters, serve at the air force base of the National Armed Forces of Latvia in Lielward.

In June 2017, a multinational NATO battalion led by Canada was deployed in Latvia. Garisons believes that an internal conflict similar to the Ukrainian one does not threaten Latvia. He was asked whether the situation with the Russian-speaking population in the country could lead to confrontation. "Our situation is completely different from the one in Ukraine in 2014", said Garison.