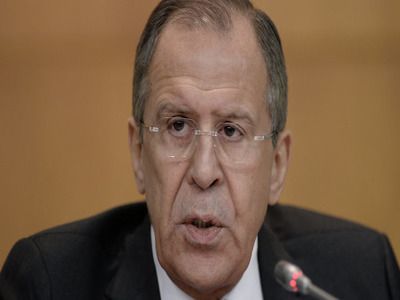 WorldMinistries and departmentsInterstate relationsInternational activities
OREANDA-NEWS. Aggressive steps by a number of Western states, primarily the United States, are a key destabilizing factor in the international arena. This was announced on Friday by the acting Russian Foreign Minister Sergei Lavrov at a press conference on the results of the activities of Russian diplomacy in 2019.

According to him, today the world "continues to be very feverish". “The key destabilizing factor remains the aggressive line of a number of Western countries, primarily our American colleagues, on the destruction of the international legal security architecture, the replacement of international law with our own invented world order based on rules”, the Russian minister emphasized.

"This includes Washington’s demolition of the Intermediate-Range Nuclear Forces Treaty, the recession of prospects for the extension of the Strategic Offensive Arms Treaty, the artificial aggravation of tensions in the Persian Gulf region, attempts to revise the generally accepted foundations of a Middle East settlement, increased NATO military activity near Russian borders, a line on privatization of multilateral mechanisms for controlling the non-proliferation of weapons of mass destruction", the Russian Foreign Minister said.
Source: OREANDA-NEWS
Материалы по теме:

PACE Rapporteur on the Navalny Case Asked the Russian Authorities for Permission to Visit the CountryOREANDA.RU | 19.01.2021 15:48:05

President of Azerbaijan Said, that During the Conflict in Nagorno-Karabakh Armenia didn't Use Russian «Iskanders»OREANDA.RU | 26.02.2021 12:45:14