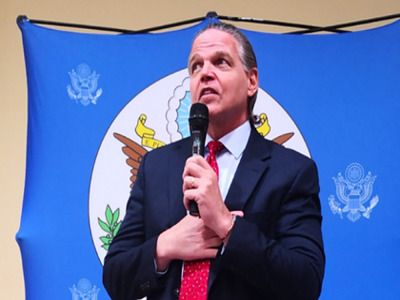 Lavrov Discussed with the Italian Foreign Minister Situation in Libya

"During the exchange of views on relevant topics on the international agenda, special attention was paid to stabilizing the situation in Libya. Both sides emphasized the need for maximum coordination of efforts to internationally support the Libyan peace process while maintaining the central role of the UN", the ministry said. with the need to concentrate on promoting dialogue between the Libyan parties, taking into account the interests of Libyan neighbors and other countries in the region".

"The heads of the foreign affairs agencies also discussed a number of issues on the bilateral agenda", they added to the Russian Foreign Ministry. The conversation took place at the initiative of the Italian Foreign Minister.

Currently, there are two executive authorities in Libya in parallel: the internationally recognized Government of National Accord Faiz Saraj and the temporary cabinet of Abdullah Abdurrahman at-Thani, acting in the east of the country together with the parliament and supported by the Libyan National Army (LNA) Field Marshal Khalifa Haftar. The latter announced on December 12 that his armed forces were embarking on a "decisive battle for the capital".
Source: OREANDA-NEWS
Материалы по теме: