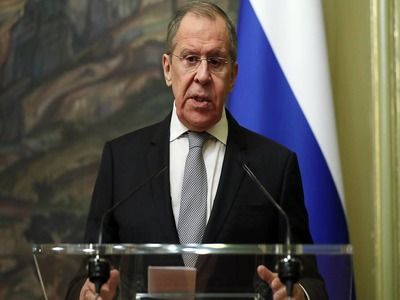 WorldMilitary securityInterstate relationsInternational activities
OREANDA-NEWS. Moscow and Ankara are preparing a new series of consultations on the situation in the province of Idlib (Syria). This was announced on Monday at a press conference by Russian Foreign Minister Sergei Lavrov.

"Now the next series of consultations is being prepared, which, we hope, will be able to bring us to an agreement on how to ensure that this really is a de-escalation zone and that terrorists do not host it", he said.

He expressed hope for a positive result of the dialogue between the Russian Federation and Turkey on Idlib. "I hope that the ongoing contacts between our and Turkish military with the participation of diplomats and security services will end positively, and we can make sure that the terrorists don't boss in this part of Syria, as, in fact, they shouldn't host anymore", Lavrov stressed.

In early February, the situation in Idlib sharply worsened. This happened after the Russian and Turkish military made another attempt to introduce a regime of silence, but the terrorists only intensified their attacks.