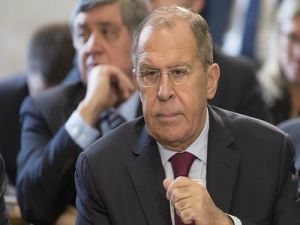 OREANDA-NEWS. Russian Foreign Minister Sergei Lavrov told reporters on Wednesday that during a telephone conversation on Tuesday, his Turkish counterpart Mevlut Cavusoglu confirmed his respect for the sovereignty and territorial integrity of Syria.

"Yesterday I spoke on the phone with the Turkish Foreign Minister, who firmly and unequivocally confirmed to me that the Turkish side respects the sovereignty and territorial integrity of the SAR and in all its actions will proceed from the fact that the ultimate goal of our efforts is, inter alia, full restoration of the territorial integrity of the Syrian state, "the Russian Foreign Minister said. "Naturally, the situation is mobile, it is developing. We monitor it in real time and will inform you", Lavrov concluded.

He also said that Moscow is confident that the situation in northeast Syria should be resolved exclusively through dialogue between the government in Damascus and the Kurdish communities in the region. The minister also said that Moscow was discussing security with the Syrian Kurds and official Damascus in the region after statements by Ankara and Washington about the situation in northeast Syria.