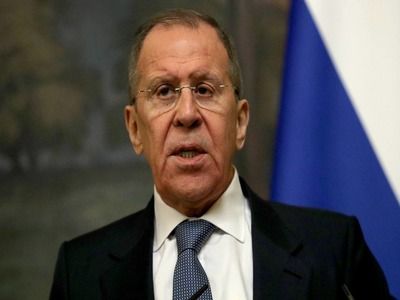 Lavrov: US Has No Evidence of a Russian Violation of INF Treaty

WorldMilitary securityDiplomatic organizationsInterstate relations
OREANDA-NEWS. The United States has no evidence of a Russian test of a missile at a range prohibited by the INF Treaty. This was stated by Russian Foreign Minister Sergey Lavrov in an interview with Russian media.

"According to the INF Treaty, we are accused of tricks. In their opinion, our moratorium means the following: we already have Iskanders equipped with missiles prohibited by contract, and the USA doesn't have medium-range weapons. And we want, they say, preserving our medium-range missiles , deprive Americans of the opportunity to create them", the minister said.

The minister added that the Americans refused to attend the show of the new cruise missile, which was held by the Russian Ministry of Defense together with the Russian Foreign Ministry in January last year, barring the rest of the representatives of NATO countries from attending the event.

The minister noted that Putin’s message said that the United States and its allies were invited to join a moratorium on the deployment of intermediate and shorter-range missiles, including the creation of a possible verification mechanism.